ZEN Corporation Group Public Company Limited announced the Company’s 2020 business plan to tackle the likelihood of COVID-19 adversely impacting the entire restaurant business by embracing the opportunity to increase sales from delivery channels, while modifying kitchen areas at ZEN-branded Japanese restaurants to serve as “central kitchens” for restaurants in the ZEN Group starting with five restaurants in the first phase. In the meantime, “Khiang” made-to-order restaurants will be positioned to become the franchise flagship with no less than 100 branches to be opened this year under the “Collaboration” and “Model Franchise” strategies. Also, on the card is the partnership with the influential Haadthip Public Company Limited group to leverage Khiang branch expansion in Southern Thailand.

Mr. Boonyong Tansakul, Chief Executive Officer of ZEN Corporation Group Public Company Limited (ZEN) – the food service provider, revealed that the COVID-19 epidemic situation, that has resulted in the consumers becoming more cautious about going out along with the reduced number of foreign tourists, is expected to have an impact until the middle of the year and is likely to cause a slowdown in the restaurant business compared to last year.

However, the Company has analyzed the business opportunity under such a situation and has found that during the past two months, the delivery and retail food business making up of ready-to-cooked food such as fried noodles, and ready-to-eat food such as fermented fish chili dip, northeastern dipping sauce and chicken dipping sauce still had the potential to grow. This is due to the consumers’ behavior that has changed to ordering takeout food and buying ready-to-cooked food to prepare or eat at home more than before while attaching more importance to cleanliness and thoroughly cooked food.

Therefore, for this year’s business plan, the Company has devised a strategy to adapt the internal management system to match the current situation. One action is to modify the kitchen areas of Japanese restaurants under the ZEN brand to be “central kitchens’ for all restaurants in the ZEN Group to support the growing delivery business that corresponds with the customers’ behavior in the current situation. The first phase will involve five branches at Donki Mall Thonglor, Siam Square One, The Mall Bangkapi, The Jazz Wanghin and All Season Building, with the services starting on March 18, 2020.

In addition, ever since being listed in the Stock Exchange of Thailand (SET), the Company has adjusted its restaurant business portfolio so as to become more varied to increase the opportunity to expand the branches outside of shopping centers and increase the revenue ratio derived from more variety of restaurant styles. This included the launch of the new “Khiang” brand made-to-order restaurants with spicy flavors that are accessible to meet consumers where prices are concerned. Currently, there are about 60 branches that are among more than 340 branches of all restaurant brand portfolios, such as Thai fusion “FOO Flavor” restaurants with exciting new taste, Din’s Chinese fast food chain through the franchise agreement with Japan, etc.

ZEN Group CEO further said that the direction of branch expansion in 2020 will be concentrated on the expansion of restaurants under “Khiang” brand with the franchise model. No less than 100 branches are expected to open for business within this year through business partnerships under the “Collaboration” concept with leading business operators who possess experience and business expertise at the regional or provincial levels in order to promote strength and cooperation to increase branches quickly. Also included is the business expansion through the franchise model by appointing local operators who are interested in the restaurant business as franchisees to open branches in each of the provinces. Those who are interested to become a franchisee may contact us by email: franchisebusiness.div@zengroup.co.th.

Such a strategy has led to an important cooperation between ZEN and Haadthip Public Company Limited Group, a major producer and distributor of soft drinks under the “Coca-Cola” brand in the 14 southern provinces, to set up a joint venture “Gindee Yoodee 2020 Company Limited” with Haadthip Plc. holding 75-percent share through Haad Thip Food & Beverages Company Limited, while ZEN Corporation Group holding the other 25 percent through ZEN & Spicy Company Limited.

“This cooperation if one of the major strategies to expand “Khiang” restaurants to the various regions while also being able to exchange knowledge and experience with our partners to increase the ability to quickly increase the branches in the South to cover all areas. Our target is to have “Khiang” restaurants open for business in all provinces in the Southern region,” Mr. Boonyong said.

Furthermore, in 2020, the Company is determined to carry out a CSR project under the concept “Uplifting the Consumers’ Quality of Life at all Levels” from selecting the best raw materials to sincere and professional services. Therefore, the Company has initiated the “ZEN Power for the Society” project to create jobs and sustainable professions for the under-privileged, such as providing fund for the community social enterprise project in Chainat Province to develop into “Jaidee Farm” and supporting the handicapped people to grow melons that will be bought and incorporated into food menus at the restaurants. There is also the “Kobfakwang Foundation” in Khon Kaen Province that helps the youths and parents of handicapped children to be able to earn extra income, and support the community social enterprise by ordering the KKU1 breed of chicken that has been developed by the Agriculture Department, Khon Kaen University. The prominent features of this chicken breed is that it has low fat, low cholesterol, low triglyceride and low uric acid contents, and thus is suitable for use as raw material in restaurants in the ZEN Group. 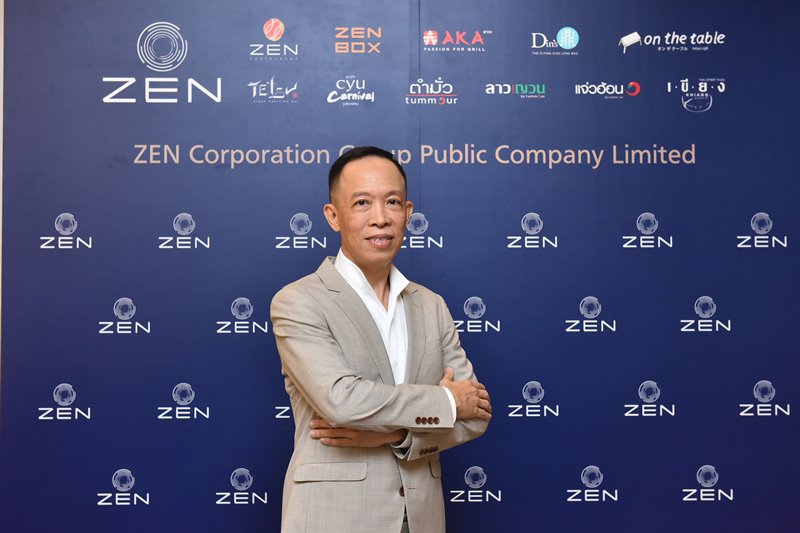 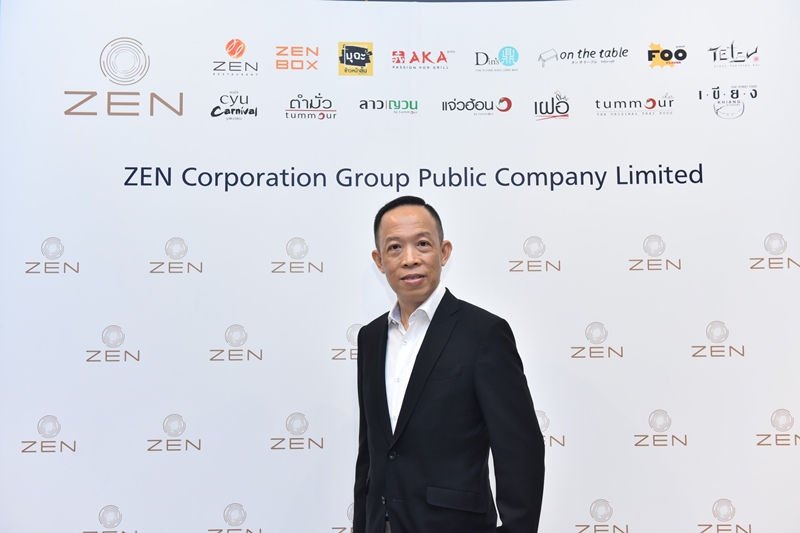 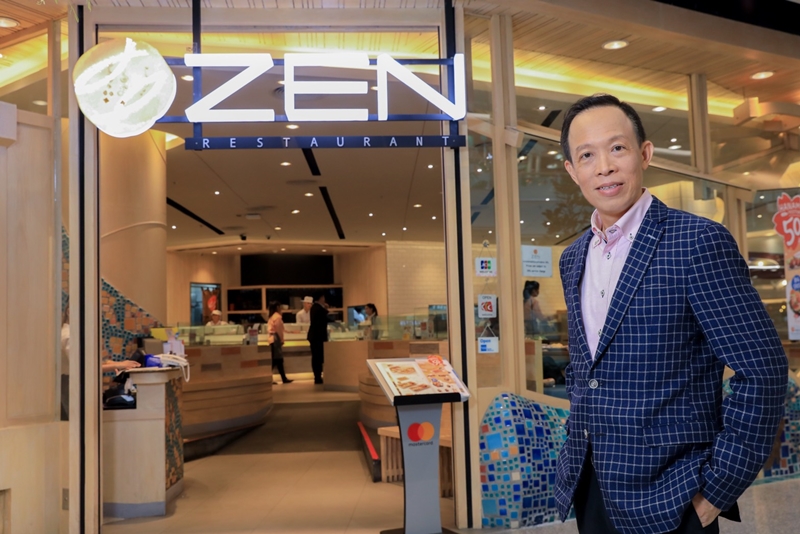 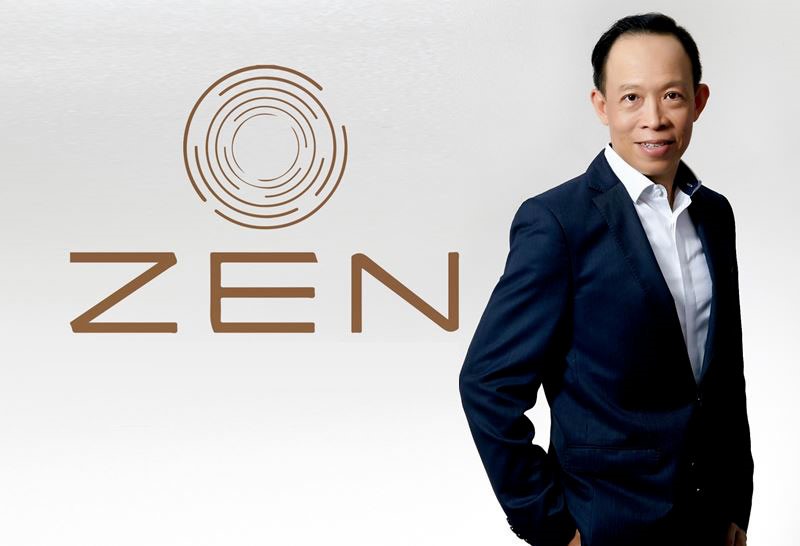 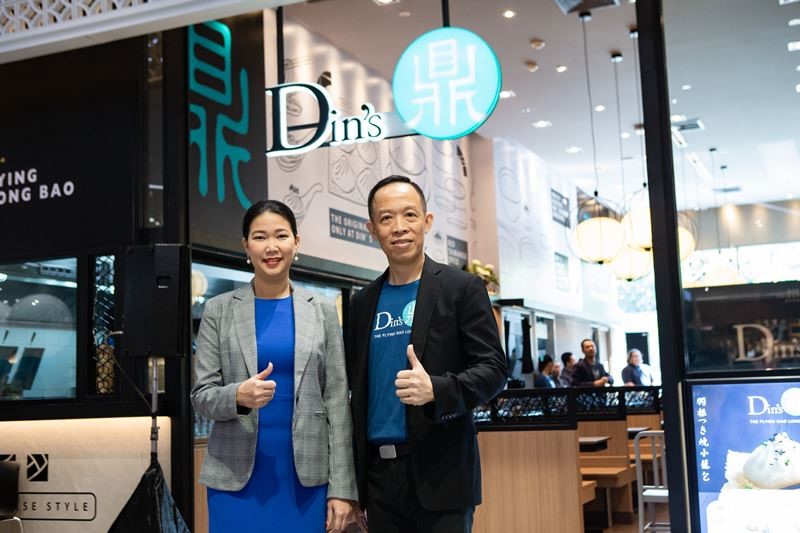